In this week’s episode, guest Jason Farman discusses his article “Mapping the Digital Empire: Google Earth and the Process of Postmodern Cartography” which analyzes how the political and social implications of cartography take on new significance in the digital age, with the proliferation of interactive maps and geographic information systems (GIS). Farman argues that, by incorporating a social network that engages users as embodied interactors rather than disembodied voyeurs, Google Earth is able to present user-generated content spatially within the very object that such content critiques.

…often the things that seem to be common sense are the most dangerous. When you find those moments where people say, “Well, this is just how it is,” then I think you can begin to see power being exercised in really profound ways. Maps are a part of this.

00:52 Delayed Response: The Art of Waiting from the Ancient to the Instant World by Jason Farman 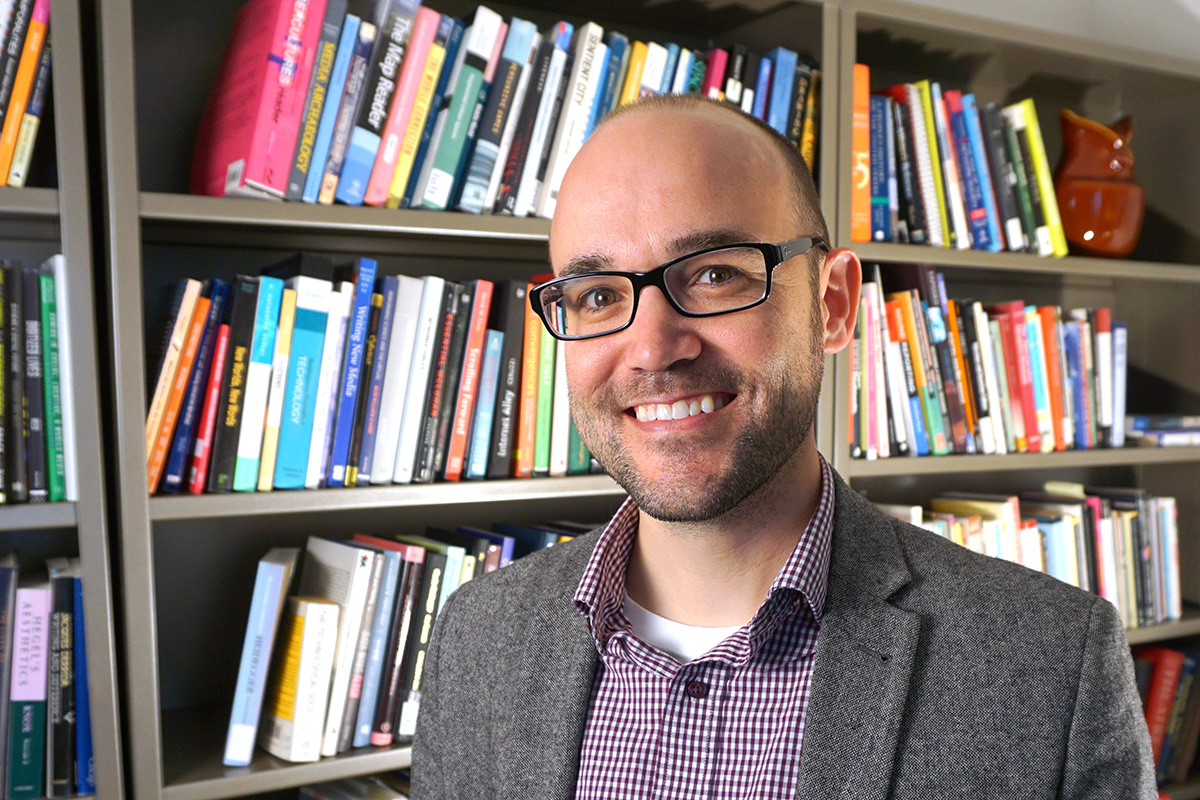 Jason Farman is a Professor at the University of Maryland, College Park where he is the Director of the Design Cultures & Creativity Program and a faculty member with the Human-Computer Interaction Lab. He is author of the books Delayed Response: The Art of Waiting from the Ancient to the Instant World and Mobile Interface Theory. He has also edited two books: The Mobile Story and Foundations of Mobile Media Studies. His work has been featured in The Atlantic, the Wall Street Journal, the New York Times, NPR, 99% Invisible, Atlas Obscura, ELLE Magazine, Brain Pickings, and others.